How To Play Standoff 2 On Pc With Free Android Emulator? - Onetechspot 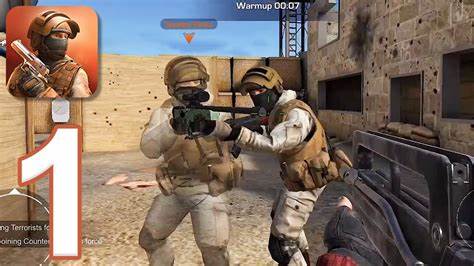 One of the top fps multiplayer games for mobile gamers, Standoff 2, has been gaining popularity. With this thrilling CSGO-style action, the game offers a tonne of different maps, weapons, skins, items, and other elements to keep players occupied. It also has some of the best-looking graphics for a first-person shooter on mobile devices. To play the game to its fullest extent, you must also have a similarly potent device. Officially classified as a mobile game, Standoff 2 is compatible with both Android and iOS. However, we need an android emulator that runs android apps and games in order to play this game on a PC. Everyone can use it for free, and thousands of programs and games function smoothly on it. The best thing, though, is that Gameloop has tailored itself to offer the highest performance, especially for fps shooters, by utilizing its potent AWM engine and a foolproof cheat engine to keep hackers out of the game for fair play.

How to Install Standoff on a PC

For people who enjoy CSGO and other competitive games, Standoff 2 is one of the greatest choices. Additionally, there is a lot more stuff in this new entry that you can genuinely enjoy with your teammates. For gamers, challenge and rivalry are constant sources in game types like “defuse the bomb” and “—-.” 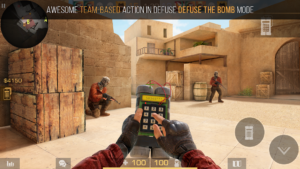 One of the best Keymapping systems is also available in Gameloop, which automatically detects your input buttons and adjusts the layout to your needs. The system will automatically link it to the appropriate touch key if you drag and drop the overlay button on top of your touch controls, but you can modify it at any time.

You may play Standoff 2 on PC using a variety of emulators, but if you want the best performance—one that runs on a low-end PC—using the Gameloop emulator would be your best bet. The very finest gaming experiences have been tried and tested alongside a variety of apps and games, including PUBG, CSGO, Call of Duty, and many others.

To design the ideal gaming environment specifically for their games, developers have been working nonstop with game studios. By doing this, you can play your favourite games with optimal performance without needing to change your hardware.

Use a PC to play Standoff 2 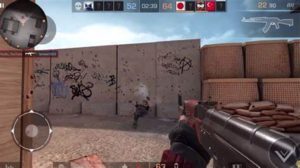 It’s no secret that Axlebolt, the developers of Standoff 2, could do better with some game mechanics. One of them is TD. You and your team will always start at your base rather than respawn locations that change themselves in response to opposing positioning. In the Ranked or Defuse modes, this is not a significant issue, but it is annoying in TD.

By pressing a key (“B” is the usual one), the purchase menu can be opened using BlueStacks’ Game Controls. When you do this, Smart Controls automatically determines that you require a cursor to pick your weapon and turn it on. You can purchase a different weapon in a matter of seconds, just like that.

Basics of Shooter Controls: How Do You Crouch?

Anyone with some experience playing first-person shooters will tell you that getting excellent at the controls is essential. The Game Controls feature is by far the largest benefit of using BlueStacks to play Standoff 2. With the latter, you may assign keyboard and/or mouse shortcuts to any in-game action. When configured correctly, BlueStacks’ Game Controls enable you to play Standoff 2 just like a typical PC game. The more character control you have, the more likely you are to win battles and move up the scoreboard. You’ll find that muscle memory takes effect after a few hours of playing Standoff 2 on BlueStacks, allowing you to shoot more quickly and accurately.

The Only Way to Shoot is Smart

No other emulator comes close to BlueStacks in terms of automation. For Standoff 2, BlueStacks now provides the most fundamental Smart Controls. Simply, depending on the condition of the game at the time, BlueStacks will assist you in activating or deactivating shooting mode whenever you need it.

For instance, to keep you in firing mode, the emulator cleverly determines when an adversary is nearby or in your area of vision. As a result, you can simply hit left click to bring them back to spectator mode once they are in your crosshairs. The Team Deathmatch mode is another situation where this capability is crucial.

You Become a Consistent Winner With BlueStacks

Playing Standoff 2 on BlueStacks gives you the main benefit of being able to constantly perform well. You’ll never depend on pure chance or being paired with opponents who are ordinary to win. Instead, with the aid of your exceptional accuracy and faultless gaming, you’ll be the one controlling the tempo of the game.

BlueStacks’ capabilities allow for fluid gameplay on your end, eliminating the need for you to concentrate on accurate aim, navigating the buy menu, or frequently pausing to open the map. The extra time and resources for attention can be used to develop winning tactics and make it possible for your teammates to cooperate while playing.