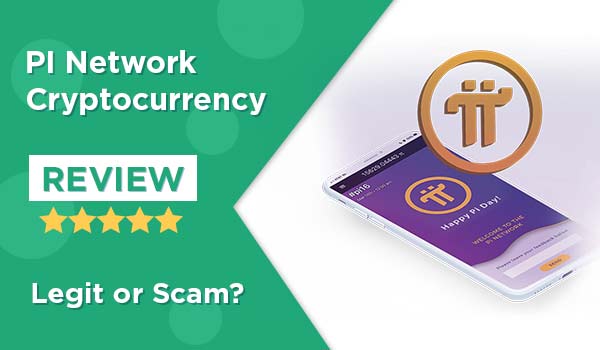 Mine crypto on your Phone. Pi App and Pi coins Review

The PI mining app is a app that helps you in mining cryptocurrency in your phone without you paying any costs. You need to install, after installing sign up and keep validating it every day . The app will automatically mines crypto coins for you .

The crypto currencies which were mined in earlier days require lot of electricity, powerful servers and equipment . But now as the time has changed a lot we can easily create cryptocurrency by using a set of standard rules which are applicable to all of them for defined actions. You can easily earn PI coins on the PI platform by just being part of the community and taking some actions within the community. As the time passes and community starts growing more and more whether it is by themselves or with the user’s help , the user will be awarded with more and more PI icon. The user can easily utilise these coins for making transactions on various platforms and purchase items.

Team behind the PI app

Two Stanford professors, who are an expert in the field of computers, social computing and community building conceptualised and build the PI network. Among the three, two of the professors have done their PhDs in this area . The background of the team seems quite good when taking them at their face value . And the idea they have created seems to be believable. On 14th March 2019 PI came into existence . It has almost completed its one year. The team aims to get more and more users as much as possible . They are offering free PI coins to their users for being the early adopter so that they can increase the PI network.

IS PI coin a pyramid scheme ? Or a scam ?

The PI app is neither a pyramid scheme nor a scam. For getting a PI coins you don’t have to invest any of your money you just need to install the app, logging into it and then once in a day you just need to activate the app to earn the PI coins. You can also build your community by referring it to your friends. Many of the business models which came up with the similar objective and gave the same services or had similar participations could not sustain them the market. The recent one was the demise of Elecroneum’s coin mining program . The same goes with PI network also, it totally depends on the strength of the team that has built the PI app. Let’s see how long the PI network can successfully build its large community and enter the next phase of PI network. But PI network has claimed of not giving a chance to failure and ensured to turn their project into a big success.

PI coins as they are now

The PI network has just started building up its network at this point of time. They are aiming to build a great PI network of users. Right now at phase one you cannot transfer PI coins or even exchange them. Once they have entered their second phase with the increase in the users the PI programme will allow the users to make transactions among each other and will also allow you to link PI to a wallet and exchange PI coins for the other cryptocurrencies or Fiat currencies.

How start mining for PI coins ?

To start with PI network and earn PI coins you need to install the PI app and logging into it . You only have access to mine PI coins when someone has referred you their referral code (If you want to login you can use my referral code if you want i.e. rakesh147123 ). Once you have installed the app you need to sign up into it to start earning coins. You just need to login into the app once in a day and click on the PI mining button . This is done to only give free PI coins to them who are an active users of PI app . It does not require a continuous using of app you just need to invest some seconds of your life into it and your work is done . Once you have clicked on the mining app you will immediately receive the crypto coins . That means the app does not consume much of your phone’s battery .

How to mine more crypto currencies

There are basically three ways to increase you collections of PI coins , which are as follows :

Everyone must be thinking does the PI coin have some value in it? Is it worth to invest such number of time in it? Let me tell you the coins you have now at this point of stage in your phone does not carry any value until the project succeeds to move to next phase. The PI coins will hold some value after getting to next phase. You will get an option to transfer the PI coins and you will also get an options to make transactions with the PI coins. PI coins are not free forever. They aim to grow their user base upto 100 millions . The mining rate decreases in increase in the user base as you must have seen in bitcoins. As the user base will start growing and will grow at h height you will then need to earn the PI coins instead of mining .

Mine crypto on your phone

If an existing user has given you its reference code then only you can join the PI mining network .

The PI app is a very straightforward app in use . When you use other apps and or networks you will see they only ask you to login in once in a week . When should start mining PI cryptocurrency before they start planning to move to other phase .

Is PI network and PI mining app is a scam ?

No it is not a scam . It is just an honest effort of three Stanford member .

How much PI coins can someone mine in a day or per hour ?

You can mine 0.2 PI/hour. And with other referral codes and security circle member you can mine an extra 0.6 PI/hour . Which means in total you can min upto 14.4PI/hour.

What is the value of one PI coin ?

At this stage it do not carry any value but as soon as it enters at phase two it will have value to it.

Can one withdraw the PI coin to another wallet?

At this stage you cannot withdraw any PI coins but as soon as it enters at phase two you will be able to do so.

Can one mine PI coin from a computer ?

No. You will require a smartphone to mine the PI coins . On running it to the computer you will just get an addition function of node programming which helps in verifying the transactions and making money .

No. The app doesn’t drain your battery .

What username should I enter to join PI app and mine PI coins ?

You may use referral code rakesh147123 to join the PI network .